“I feel violated and abused.”

Feelings of dissatisfaction and having been harmed 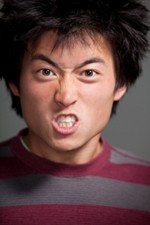 The dissatisfaction of some circumcised men can be described in detail. It has been expressed in an increasing number of letters from men all around the country to the Circumcision Resource Center and to several other organizations that educate the public about circumcision. Moreover, in an issue of a major medical journal, twenty men signed a letter saying, “We are all adult men who believe that we have been harmed by circumcision.” We do not know how widespread the discontent is, but that these feelings exist at all is a noteworthy development and reason for concern.

Following are some statements about circumcision excerpted from letters written by dissatisfied circumcised men and received at the Circumcision Resource Center:

I have felt a deep rage for a long time about this.

Circumcision has given my life a much diminished and shameful flavor.

The single most traumatic event of my life with the greatest psychological damage was my circumcision as an infant.

Circumcision: it’s taught me how to hate.

Being circumcised has ruined my sex life.

I feel violated and abused.

I have felt unhappy about it all my life.

I am very angry and resentful about this. I’ve had many physical, psychological, and emotional problems all my life.

No one had the right to cut my foreskin off!

I feel cheated at having been robbed of what is my natural birthright.

I never mentioned it to my parents.

I wish I could circumcise every uncircumcised man in the world so they’d be like me. I don’t have a foreskin, and no one else should have one either.

I feel like the best part of me was severed from my body, and I have ugly scars to remind me. I am so ANGRY!!

The responses of men dissatisfied with their circumcision tend to include at least one of the following feelings:

sense of having been victimized, cheated, robbed, raped,

Similar feelings were reported in a preliminary survey in which over 300 self-selected circumcised men responded to a request to document the harmful effects of their circumcision. Over 80 percent of respondents cited emotional harm.