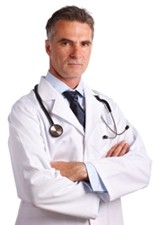 Studies in Africa claim that adult male circumcision significantly reduces the risk of men acquiring HIV. Many professionals question the reliability and validity of these studies. However, some others take the leap of recommending adult male circumcision as an HIV prevention strategy in Africa for up to 38 million men. Publishing such a report in the United States appears to support the American cultural practice of circumcision. Such judgments are dangerous.

International AIDS experts and profiteers have the financial power to force their lucrative agendas on Africa. “In the fight against AIDS, profiteering has trumped prevention. AIDS is no longer simply a disease; it has become a multibillion-dollar industry,” stated Sam Ruteikara, co-chair of Uganda’s National AIDS-Prevention Committee. Robert England, who heads the charity Health Systems Workshop, wrote, “We have created a monster with too many vested interests and reputations at stake.” Dr. James Chin, a former top AIDS epidemiologist at the World Health Organization, said that billions of dollars have been wasted. Much of this money was and continues to be from the U.S. government and foundations. Because a large proportion of this money has not been directed toward more effective strategies, Chin added, “Insufficient outreach programs for those in the highest-risk population have clearly led to infections that could have been prevented.”

The flawed African adult studies cannot be applied to American infants because of the difference between the two groups. Because sexually transmitted diseases obviously cannot be transmitted until an individual engages in sexual activity, a male may make a decision to be circumcised when he is older without losing this claimed “benefit.” If you were an adult male and had the option of using a condom and getting virtually assured protection or having part of your penis cut off to get a one in 60 chance of protection, the choice is clear. Furthermore, by the time today’s newborn boys become sexually active, HIV vaccine may be available.

American pro-circumcision researchers have found dozens of “benefits,” from treating epilepsy and masturbation in the late 1800s to preventing sexually transmitted diseases today. Though such claims generally do not withstand scrutiny by medical policy committees, their continued publication over the years has led to medical myths while raising questions about some researchers’ motives. American researchers tend to avoid studying or acknowledging the sexual and psychological harm associated with circumcision. This pro-circumcision bias in American medicine reflects the pro-circumcision bias in American culture. The United States is the only country in the world that circumcises some of its male infants for non-religious reasons. When Europeans learn about this, they think we’re crazy.

Knowledge of studies on circumcision harm is important to properly evaluating advisability. There is strong evidence that circumcision is overwhelmingly painful and traumatic. Some infants do not cry because they go into shock. Infants exhibit behavioral changes after circumcision. Changes in pain response have been demonstrated at six months of age, evidence of lasting neurological effects and a symptom of post-traumatic stress disorder. Anesthetics, if used, do not eliminate circumcision pain.

The common American belief is that the foreskin has no value. That’s because most American circumcised men (and doctors) do not know what they are missing. Based on recent reports, circumcision removes up to one-half of the erogenous tissue on the penile shaft, equivalent to approximately twelve square inches on an adult. Medical studies have shown that the foreskin protects the head of the penis, enhances sexual pleasure, and facilitates intercourse. Cutting off the foreskin removes several kinds of specialized nerves and results in thickening and progressive desensitization of the outer layer of the tip of the penis, particularly in older men.

In a survey of men who were circumcised after they became sexually active, there was a reported decrease in sexual enjoyment after circumcision. One described it as like seeing in black and white compared to seeing in color. If you have less, you feel less. A study showed that circumcision removes the five most sensitive parts of the penis. (For this reason, many circumcised men are reluctant to use condoms because it contributes to further decreased sensation. Reduced condom usage adversely affects the HIV infection rate.) In a survey of those with comparative sexual experience, women preferred the natural penis over the circumcised penis by 6 to 1.

For American society, circumcision is a solution in search of a problem, a social custom disguised as a medical issue. Beware of culturally-biased studies on circumcision posing as science, and take your whole baby home.