“I didn’t know how horrific it was going to be.”

“The screams of my baby remain embedded in my bones and haunt my mind.” 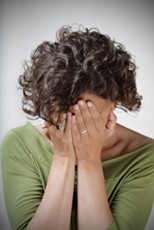 The typical hospital circumcision is done out of view of the mother in a separate room. However, a few are observed by parents, and many Jewish ritual circumcisions are done in the homes of the parents and observed by family and friends. Although some parents may report that this is a positive experience, this is not always the case. According to research, women are more likely than men to report distress from hearing an infant crying. Regarding circumcision, the father is more likely to deny his son’s pain because it could remind him of his own circumcision feelings. Therefore, witnessing the circumcision and the infant’s response can have a particularly shocking effect on the mother. Only recently have some parents been willing to describe their agonizingly painful experiences at their son’s circumcision. Though further research is needed to tell us how common these responses are, the fact that they exist at all is reason for concern and reflection.

Some mothers have written about their experiences with circumcision during the previous year. “It was as close to hell as I ever want to get!” one wrote. Another related this memory:

My tiny son and I sobbed our hearts out. . . . After everything I’d worked for, carrying and nurturing Joseph in the womb, having him at home against no small odds, keeping him by my side constantly since birth, nursing him whenever he needed closeness and nourishment—the circumcision was a horrible violation of all I felt we shared. I cried for days afterward.

Melissa Morrison was having a difficult time seven months after she had watched the (nonritual) circumcision of her son:

I’m finding myself obsessing more and more about it. It’s absolutely horrible. I didn’t know how horrific it was going to be. It was the most gruesome thing I have ever seen in my life. I told the doctor as soon as he was done, if I had a gun I would have killed him. I swear I would be in jail today if I did have a gun.

Two other mothers have reported to the Circumcision Resource Center that watching their son’s circumcision was “the worst day of my life.” Another mother noted that she still felt pain recalling the experience about a year later. She wrote to her son:

I have never heard such screams. . . . Will I ever know what scars this brings to your soul? . . . What is that new look I see in your eyes? I can see pain, a certain sadness, and a loss of trust.

Other mothers clearly remember their son’s circumcision after many years. Miriam Pollack reported fifteen years after the event, “The screams of my baby remain embedded in my bones and haunt my mind.” She added later, “His cry sounded like he was being butchered. I lost my milk.”

Nancy Wainer Cohen recalled her feelings connected with the circumcision of her son, who is now twenty-two:

I heard him cry during the time they were circumcising him. The thing that is most disturbing to me is that I can still hear his cry. . . . It was an assault on him, and on some level it was an assault on me. . . . I will go to my grave hearing that horrible wail, and feeling somewhat responsible, feeling that it was my lack of awareness, my lack of consciousness. I did the best I could, and it wasn’t good enough.

Elizabeth Pickard-Ginsburg vividly remembered her son’s circumcision and its effect on her:

Jesse was shrieking and I had tears streaming down my face. . . . He was screaming and there was no doubt in his scream that he wanted mother, or a mothering figure to come and protect him from this pain!! . . . Jesse screamed so loud that all of a sudden there was no sound! I’ve never heard anything like it!! He was screaming and it went up and then there was no sound and his mouth was just open and his face was full of pain!! I remember something happened inside me . . . the intensity of it was like blowing a fuse! It was too much. We knew something was over. I don’t feel that it ever really healed. . . . I don’t think I can recover from it. It’s a scar. I’ve put a lot of energy into trying to recover. I did some crying and we did some therapy. There’s still a lot of feeling that’s blocked off. It was too intense. . . . We had this beautiful baby boy and seven beautiful days and this beautiful rhythm starting, and it was like something had been shattered!! . . . When he was first born there was a tie with my young one, my newborn. And when the circumcision happened, in order to allow it I had cut off the bond. I had to cut off my natural instincts, and in doing so I cut off a lot of feelings towards Jesse. I cut it off to repress the pain and to repress the natural instinct to stop the circumcision.

After several years, Pickard-Ginsburg says she can still feel “an element of detachment” toward her son. Her account is particularly revealing. That she “cut off” feelings toward her son by observing his circumcision suggests that her son may have responded similarly toward her by experiencing his circumcision. Furthermore, because she was willing to feel and communicate the intensity of her pain, we have a clue to why more mothers who observe their son’s circumcision do not report such pain. Denial and repression may keep this extreme pain out of their awareness.

Observing their son’s circumcision has left some parents with a deep feeling of regret. The following quotes are typical:

I am so sorry I was so ignorant about circumcision. Had I witnessed a circumcision first, I never would have consented to having my son circumcised.

Always in the back of my mind I’ve thought, “I wish he hadn’t been cut.” I have apologized to him numerous times.

If I had ever known, I wouldn’t have done this in a million years.

I felt as if I might pass out at the sight of my son lying there, unable to move or defend himself. His screams tore at my heart as his foreskin was heartlessly torn from his penis. Too late to turn back, I knew that this was a terrible mistake and that it was something that no one, especially newborn babies, should ever have to endure. A wave of shock coursed through me—my body feeling nauseatingly sick with guilt and shame. All I could think of was holding and consoling my child, but his pain felt inconsolable—his body rigid with fear and anger—his eyes filled with tears of betrayal.

Some mothers who did not witness the circumcision have since regretted allowing it:

The nurse came to take the baby for the circumcision. I have relived that moment over and over. If I could turn back the hands of time, that would be the one moment I would go back to and say, “I don’t think it’s a good idea. I need another day to think about it” and just hold on to him because I wasn’t sure. I think if I had held on to him it might have turned out differently. I just shouldn’t have let him go when I was so ambivalent. After they took him I went into the shower, and I cried.

When they brought him back to me, I could see that he had been crying and had a glassy, wild look in his eyes. I think it was terror. I didn’t know what had been done to him, but I could tell whatever it was, it hurt. I’ll never forget that look. They probably shattered every bit of trust he had. I’m very angry about it. I would never have done that to my own son. No mother would take a knife to her child. When I looked at his penis, I was again instantly sorry that I had allowed it to be done.

Tell Oprah about this!