Circumcision was more often supported by doctors who were circumcised

Because the United States circumcises a majority of its male infants, circumcision is an American cultural value and is accepted as “normal.” Cultural bias on this issue may be more obvious when considering the practice of female circumcision in Africa. Americans regard that practice the way Europeans, who do not cut genitals of male or female children, regard American circumcision — with horror.

After learning about circumcision, a European woman said,

“I am totally shocked to learn about circumcision and how it is performed. I really don’t have any words! And what I’m shocked most about is to know that this happens routinely in the U.S., in a country that should be advanced! My God…I can’t understand that American ‘doctors’ can do it! It’s simply unbelievable!”

No Explanation for Claiming Anti-circumcision Bias 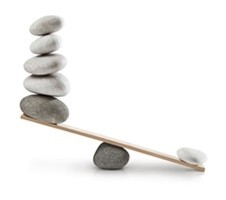 The Harvard School of Public Health has a stated mission and objectives that seek to inform policy debate and disseminate health information. Its core values include a responsibility to improve and protect the health of all populations, especially the most vulnerable (e.g., children), provide information that empowers individuals to make sound health decisions, and respect the highest principles of scientific and academic conduct, foster open inquiry, and honor individual rights.

Is the HSPH in compliance with these objectives and values regarding the topic of circumcision? A search of the term “male circumcision” on the HSPH website showed typical results promoted circumcision as a way to prevent disease, and none of the 45 results discussed the disadvantages and harm of circumcision. There can be no policy debate on this health controversy when other points of view are excluded. The health of male infants cannot be protected, and sound health decisions by parents and professionals are less likely when there is not open inquiry about circumcision. The rights of the child cannot be honored if the public and professionals are not aware of the rights that relate to circumcision.

We contacted eight staff and faculty members at the HSPH to offer another view about circumcision. None wanted to accept our proposal. Expecting that the lack of open debate about a health matter would be a serious concern to the Dean of the HSPH, we wrote to him twice and requested a response. No response was received. Subsequent inquiries related to the exclusion of critical views from a HSPH conference about AIDS were also ignored. The critical views were about studies on circumcision and HIV transmission.

Organizations like the World Health Organization (WHO) and the Joint United Nations Program on HIV/AIDS (UNAIDS) are controlled by money from the U.S. government and American foundations.

(In addition, the WHO’s circumcision “expert” promotes the sale of his own circumcision devices. When asked, he did not know the anatomy and functions of the foreskin.)

Consequently, their policies on circumcision are strongly influenced by the American cultural bias in favor of circumcision that seeks to find “benefits” for circumcision and uses flawed research to promote circumcision to African countries and elsewhere. Because of the billions of dollars coming from the U.S., others just take the money rather than questioning the merits of the circumcision programs. See Circumcision and HIV.

Compulsion to Repeat the Trauma

Research on infant responses to circumcision, trauma theory, and clinical experience support the view that circumcision is traumatic. Trauma is often repeated behaviorally, directly and indirectly. For example, extensive study shows the association between childhood abuse and subsequent abuse of one’s children when an abused child becomes a parent. Similarly, those who are circumcised are likely to support the circumcision of others. There is an iceberg of underlying emotional factors that are generally connected with fears, anxieties, pain, sexuality, and threats to self-esteem. Together they contribute to a compulsion to repeat the circumcision trauma. This compulsion to repeat the trauma can take the form of a compulsion to generate studies that are intended to show “health benefits” of circumcision. Producing such studies is a socially acceptable way of promoting traumatizing of infants.

See van der Kolk, B. “The Compulsion to Repeat the Trauma: Re-Enactment, Revictimization, and Masochism,” Psychiatric Clinics of North America 12 (1989): 389-411.

A pro-circumcision bias may influence what questions are researched and what questions are ignored in American medical circumcision literature. Most American studies that assess the advisability of circumcision focus on the search for a presumed benefit. This is consistent with an American Academy of Pediatrics (AAP) Circumcision Policy Statement Task Force member’s statement that the committee was formed “to determine if there was scientific evidence to justify circumcision.” The answer is limited by the assumption in the statement of the problem. American circumcision studies invariably find a benefit, from treating epilepsy and mental disorders in the late 1800s to preventing sexually transmitted diseases today. Though such claims generally do not withstand scrutiny by policy committees, their continued publication over the years can lead to medical myths while raising questions about some researchers’ motives.

Not only is the issue of harm generally avoided as a research question, the studies seeking to claim benefits ignore even the mention of potential harm from a perfectly performed circumcision. This omission reflects the common American belief that the foreskin has no value. It also is influenced by the fact that circumcision advocates’ careers, reputations, and associated funding depend on finding potential benefits for circumcision.

Findings that conflict with the current paradigm are difficult to get published because they are judged to be unacceptable. (Publication outside of the U.S. is more likely.) Authorities that do peer review are dependent on maintaining the existing belief system. For example, studies on circumcision and urinary tract infection with better methodology and results that conflicted with those previously published in Pediatrics were rejected, though the previously published studies were flawed. One researcher had a submission rejected on the cost-utility of circumcision. The reviewer for JAMA “denied the existence of 23 studies that I used . . . in spite of the fact that all of these studies were referenced in my paper.” There are numerous other examples of bias in medical publishing associated with circumcision and the presence of anger and hostility in the reviews of submissions on circumcision. (Reviewers do not have to identify themselves to authors, a questionable practice.) Researcher John Taylor chose to submit his article on the anatomy of the foreskin to a British medical journal instead of an American journal. He judged that the likelihood of acceptance would be better with a British publication because the lack of routine circumcision in England accounts for a different cultural attitude toward it.

Furthermore, medical researchers do not necessarily approach the literature “objectively.” They routinely cite studies that support current medical thinking and, as mentioned previously, ignore studies that conflict with that thinking. In addition, medical doctors prefer reports describing new treatments to those critical of current treatments.

The deficiencies and biases found in circumcision literature illustrate the findings of renowned meta-researcher John Ioannidis. He reports that the conclusions of most medical research are false.

Dr. Marcia Angell refers to conflicts of interest, biases, and corruption in her writing about medical research. “It is simply no longer possible to believe much of the clinical research that is published, or to rely on the judgment of trusted physicians or authoritative medical guidelines. I take no pleasure in this conclusion, which I reached slowly and reluctantly over my two decades as an editor of The New England Journal of Medicine.”

Angell adds that “it is often possible to make clinical trials come out pretty much any way you want, which is why it’s so important that investigators be truly disinterested in the outcome of their work.”

Example of Bias in Pediatrics Journal

The commitment of American medical journal editors to accuracy on circumcision is subject to question. The following letter was sent by this office to Jerald Lucey, M.D., editor of Pediatrics, on May 13, 2003. MEDLINE is the primary database for medical literature. The article in question, cited in the AAP’s latest policy statement on circumcision (1999), was used to support the policy statement’s claim that the rate of circumcision complications is low.

The following abstract is copied from the MEDLINE online database.

Neonatal circumcision: a ten-year overview: with comparison of the Gomco clamp and the Plastibell device.

The records of 5,882 live male births were reviewed to ascertain the incidence and nature of complications following neonatal circumcision. Approximately one half of the patients were circumcised with the Gomco and half with the Plastibell. The incidence of complications was 0.2%; most frequent were hemmorrhage [sic], infection, and trauma, there were no deaths; and no transfusions were given.

According to the article, the 0.2% figure is not correct. It represents only “really significant” (p. 827) complications. The correct incidence of complications reported in this article is 2% (p. 825).
I suggest that you submit the correct information to MEDLINE so that this abstract will be consistent with the results of the article. Please let me know your response to this matter and any response you receive from a MEDLINE administrator.

Thanks for your time and consideration.